With so many electric skateboards to choose from, selecting the right one for you can be overwhelming. If you think about it, it’s not that hard. You just have to select one based on the purpose, the speed and range you want, and your budget. If money is not much of an issue, the Backfire G3 Plus can be a fantastic choice for commuting and cruising. The Backfire G3 Plus is an improved version of the original Backfire G3, with its upgraded motor as one of those improvements. From 900 watts, the G3 Plus is now equipped with a more efficient 1200-watt motor. It can still run as fast as the G3, but now, it is more energy-efficient than ever.

Because of its power, it can reach the max speed of 28.5 miles per hour without breaking a sweat. It is a better choice for heavy riders, and if your daily commute requires you to go uphill, the Backfire G3 Plus can ride steep inclines up to 30% with ease.

The range of the Backfire G3 Plus is the aspect that significantly improved. With its all-new Samsung 40T battery, the Backfire G3 Plus can reach up to 25 miles on a single charge. The distance is what separates the G3 from the G3 Plus, and it makes the extra price worth it.

With this amount of range, commuting further distances on an electric skateboard just became a reality. There were a few changes made with the design, and one of which is the addition of gold accents to the bottom design of the deck. This board surely shouts the word “premium” with its elegant design and build quality.

The deck is made with ultra-lightweight carbon fiber materials but still retains the flex for more fluid riding and carving. It is one of the first carbon fiber decks with flex, which makes it one of the lightest electric longboards out there. You have the option to choose from 85 mm or 96 mm wheels, as the package comes with two sets. Using the 96 mm wheelset is best for riding over sidewalks and uneven terrain, but the 85 mm wheels are lighter, making the board accelerate a bit faster.

The Backfire G3 Plus is equipped with Caliber II trucks. This truck company is well-known for making the most stable trucks in downhill skateboarding. Aside from stability, they are also responsive when it comes to turning, especially when going fast.

The Backfire G3 Plus comes with the wireless R3 remote. This remote has fantastic throttle control and an amazing feel. All the buttons of the remote are exactly where you want them to be. It has an OLED screen that displays useful board diagnostics such as the riding mode, speedometer, odometer, and battery life. The Backfire G3 Plus is equipped with a built-in USB charging port so that you can charge your phone while riding.

Braking on the Backfire G3 Plus is very smooth and predictable. Even new riders can confidently use the brakes without worrying about getting thrown off because of abrupt stopping at fast speeds.

In terms of safety, the G3 Plus did not back out. It is equipped with a bright LED lighting system so that riders can be seen during night time. The electronic components are also protected from overheating, avoiding any fire hazards from overheating. Overall, the board is safe in terms of use. Just don’t forget to invest in safety gear, especially for a fast board like this one.

Backfire has an extensive line of electric skateboards. No matter what purpose or how much you’re willing to spend on a skateboard, Backfire has got you covered. Their electric board catalog has budget-friendly and high-end boards. They also have boards with different shapes and sizes that are suitable for various preferences.

Backfire boards have a comprehensive warranty and return policy (1). You can return unused products within 7 days of purchase. However, the board should have all the accessories and original packaging. The warranty covers any defects, except for the normal wear and tear and braking because of extreme use.

Feel free to contact their customer support team at [email protected] for any questions about the products.

Who Should Buy the Backfire G3 Plus Electric Skateboard?

The Backfire G3 is more than suitable for commuting. This electric skateboard is perfect for people looking for a reliable ride around the city. It is stable, it is fast, and most of all it can go the distance. The Backfire G3 Plus’ specs fit all the requirements of an outstanding commuter board. It is suitable for beginners because of its predictable control and easy navigation, and because of its speed and power output, experienced riders who want speed will have a blast riding this beast of an electric skateboard.

The Backfire G3 Plus is a fantastic electric skateboard. From the design to its specs, this board does not disappoint. The board may be too expensive for somebody’s first electric board ever, but if you have the money to spend, this is an excellent board for commuting and recreational purposes. It may not be suitable for off-road terrain, but it is one of the best electric skateboards that money can buy.

Because the pros outweigh the cons by a lot, we gave this board a whopping 4.6 out 5 on our stoke meter.

Is the Backfire G3 Plus waterproof?

The Backfire G3 Plus has an IP55 waterproof rating, meaning it can withstand riding over small puddles and splashes. However, do not submerge the board in water or ride in heavy rain. The battery and motor's protective casing also protects against dust and mold, which makes the board virtually maintenance-free.

Can you ride the Backfire G3 Plus as a regular non-electric skateboard?

Yes, the Backfire G3 Plus can be used as a normal skateboard if you run out of juice or just want to save battery for long trips.

zippyelectrics.com may earn commissions when you purchase items through links to external source such as Amazon. Read our affiliate disclosure here. 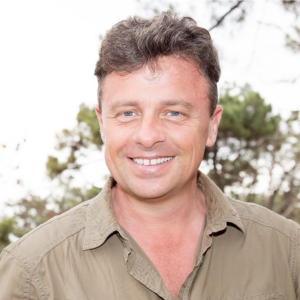 Your all-in-one resource for electric riders.